Gill has a fine arts background and works mainly in paint, inks and collage. Her larger pieces incorporate dyes and paint sticks on fabric for bigger venues. She is inspired by the human figure and by natural forms in creation, particularly how these can reveal something fresh about who God is when we know how to really see.
This selection gives an overview of the breadth of her work over the past 15 years. Smaller images often incorporate inks and collage whereas the larger pieces, often intended for large church interiors, are done on fabrics of different textures and density using Procion dyes which are vibrant and colour fast. 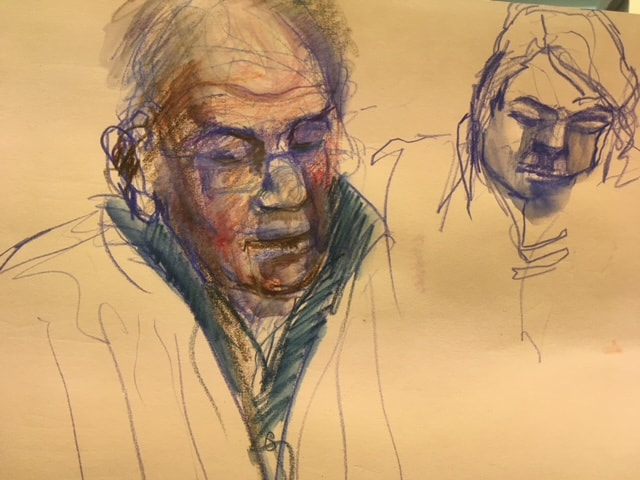 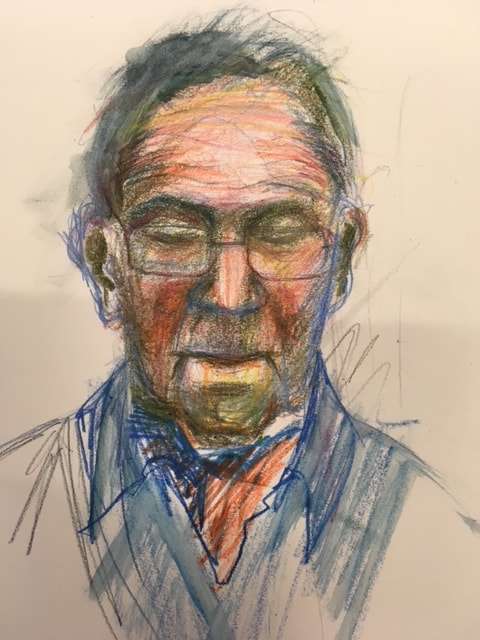 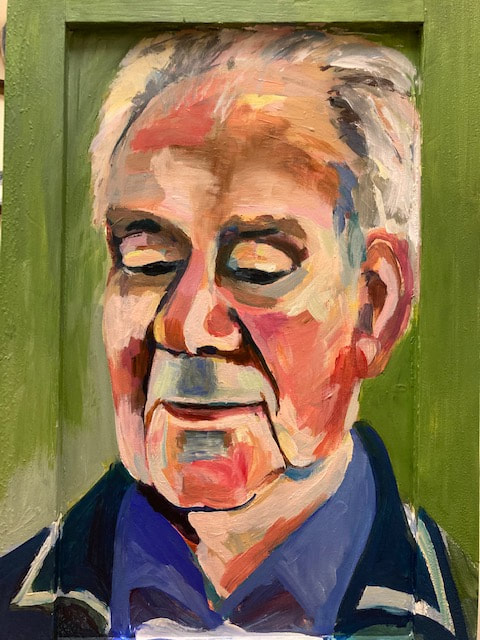 These textile pieces using dye and oil based paint sticks were created in Vancouver, Canada and reflect a visual consideration of the prepositions contained in the prayer. They ask, “Where am I in relation to Christ in this image”? These are not static pieces but may be physically interacted with and permit an embodied response to the question.

From the series, The Big Story, Basingstoke, England

These large pieces highlight some of the central events of the Christian story and were created on heavy weave fabric in a combination of fabric dye and paint with wax resist. Each one was introduced with the corresponding sermon series and built up a big picture which told the story in its own way.